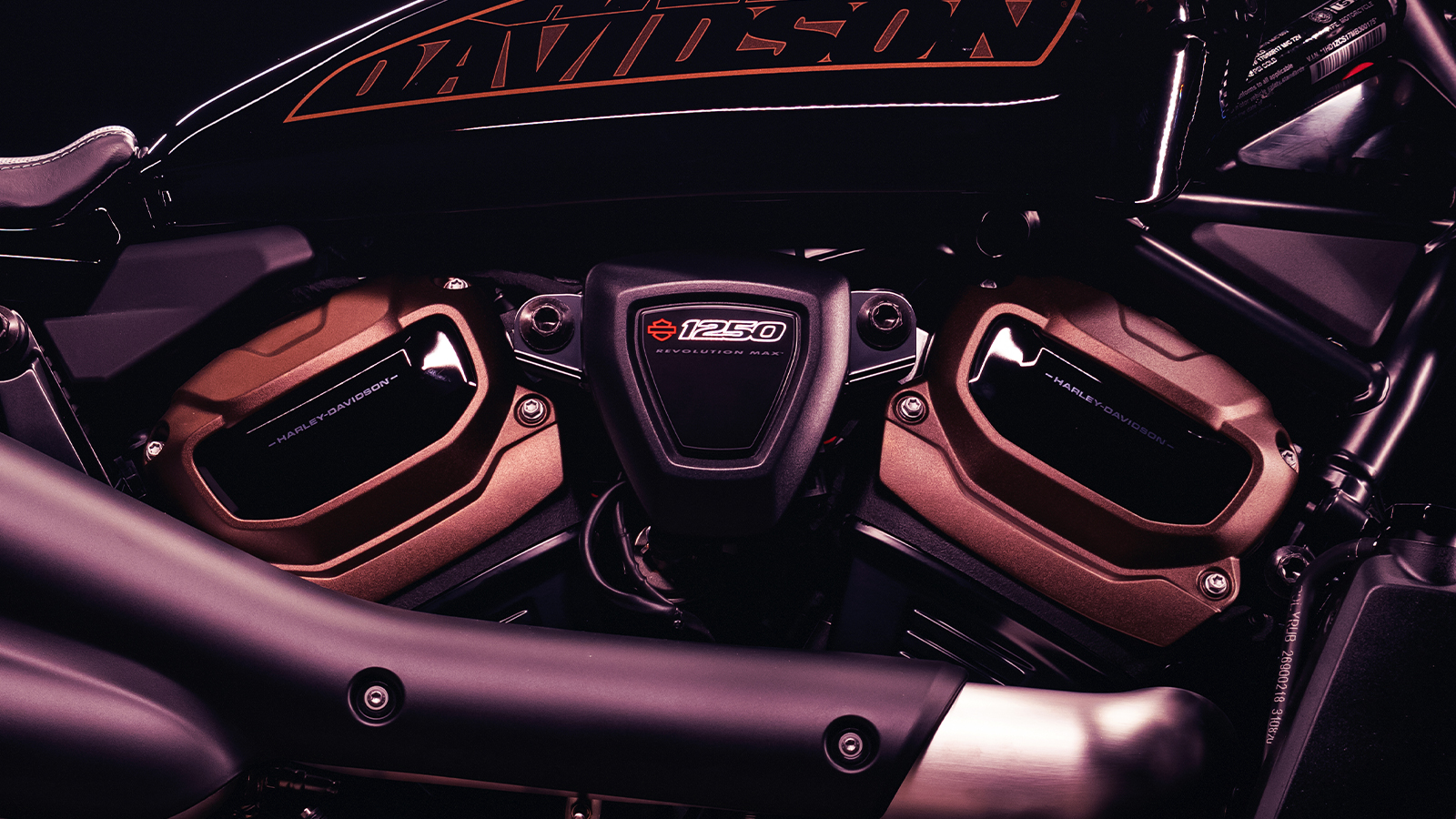 Under the banner of “Evolution to Revolution”, The Motor Company are inviting interested parties to pre-register for the announcement on the 13th July – 16:00 British Summer Time or 10am CDT – of the next new model.

It will be based around what is expected to be a retuned version of the 150hp 1250cc 60° Revolution Max V-Twin, although we don’t yet know whether it will retain the generic ‘Custom’ name tag that has been associated with it through its long-running reveal. Evo to Revo almost suggests that it might be the new Sportster, although we’ve got hopes that an OHV air-cooled motor with variable valve timing – seen in recently submitted patent drawings – will be used for that, leaving this to carve out a new niche.

What we’re seeing looks more like a Scout than a Sportster, although with a possible – and massive – 50% more power it will leave Indian’s middleweight gasping in its wake. And whether it will be a model or a family remains to be seen: there are suggestions of flat trackers to come, as well as a racer that may or may not be the Bronx, which was originally scheduled to be the second of the three known Revolution Max models, so maybe Harley are focusing on diversification rather than incremental changes.

Maybe that’s what they mean by Evolution to Revolution.

All pictures and drawings shown here are pre-production or prototypes and patent drawings, but then the shot being used by Harley-Davidson to promote the launch is from one of these shoots. And with the much more complicated Pan America being so close to the concept as it turned out to be, we’ll take a punt and say that this is likely to be close to the finished bike, and the launch will be a matter of filling in the details.